A new study this week revealed that cannabis users don’t just like to smoke their sack, they like to get down in it as well. A report from the Journal of Sexual Medicine found cannabis users “had significantly higher sexual frequency compared with never users” and that marijuana use “associated with increased sexual frequency and does not appear to impair sexual function.” The effects were show in both men and women and the journal concluded that more research should be done on the sexual enhancing effects. While anecdotally we can definitely support the idea that edibles have been known to make us handy, it is very cool to see science getting to the bottom of it! So if you’ve been having trouble finding that special someone lately it might be time to spark one up! 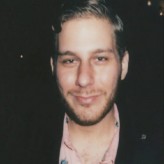